You can now use our new Carbon Calculator, which is both simple to use and gives you an instant result for the carbon value you wish to offset.

Putting communities and the Planet - First

Our social enterprise provides support for fuel poor households via our partners such as South Yorkshire Energy Centre. 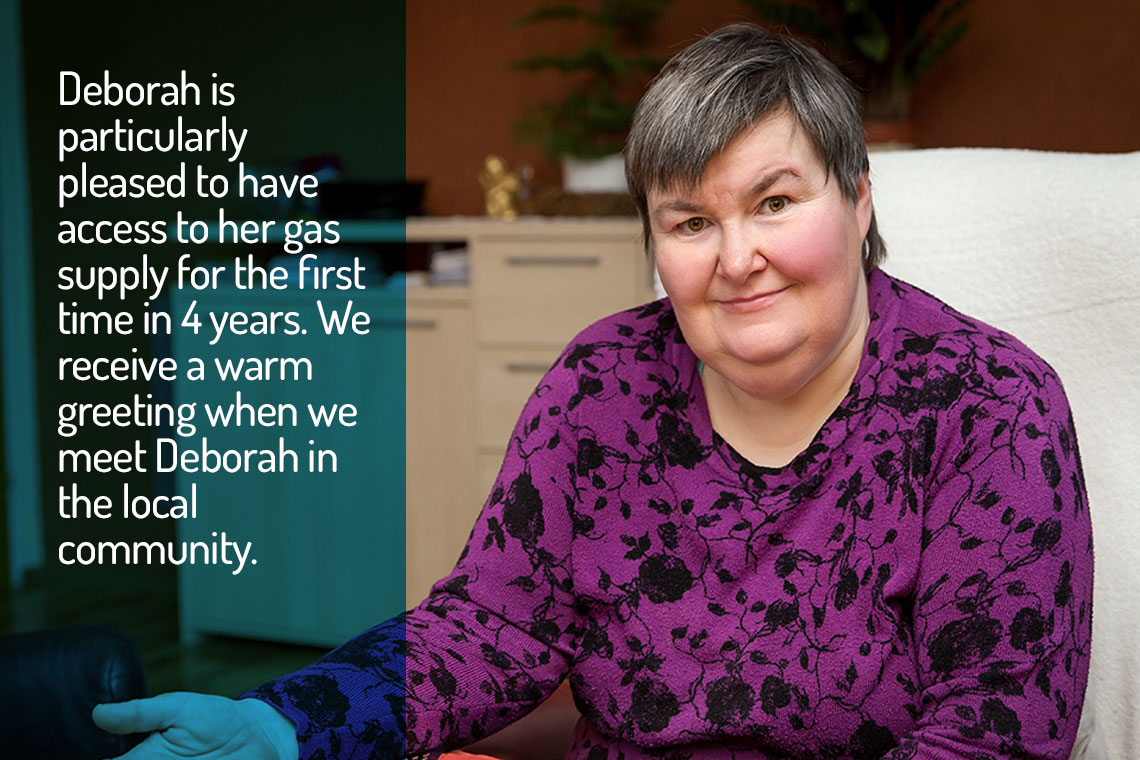 We met Deborah at a local Foodbank where we were holding an Energy Advice stall.

She is also awaiting a hip operation. Her school age daughter is her carer. Deborah was very worried about her energy bills.

She had been with her current energy supplier for 4 years and had prepayment meters.

She was heating her home with electric portable heaters as the gas supply had been disconnected by her previous energy supplier.

Deborah had recently received a demand letter from a debt recovery agency for £750 owed to her previous gas supplier.

When we investigated further, the debt had been accrued by non-payment of standing charges.

Deborah wasn’t aware she still had to pay standing charges, as she no longer used gas.

We contacted the debt agency and negotiated an affordable payment plan.

Deborah didn’t have a bank account, so we arranged for her to pay at a local Pay Point outlet by payment card.

We then arranged for her current supplier to reconnect the gas supply and install new smart meters, to help Deborah monitor usage, making budgeting easier.

Deborah is delighted we were able to help, as she didn’t know how to resolve the problems she was facing.

Deborah is particularly pleased to have access to her gas supply for the first time in 4 years. We receive a warm greeting when we meet Deborah in the local community. 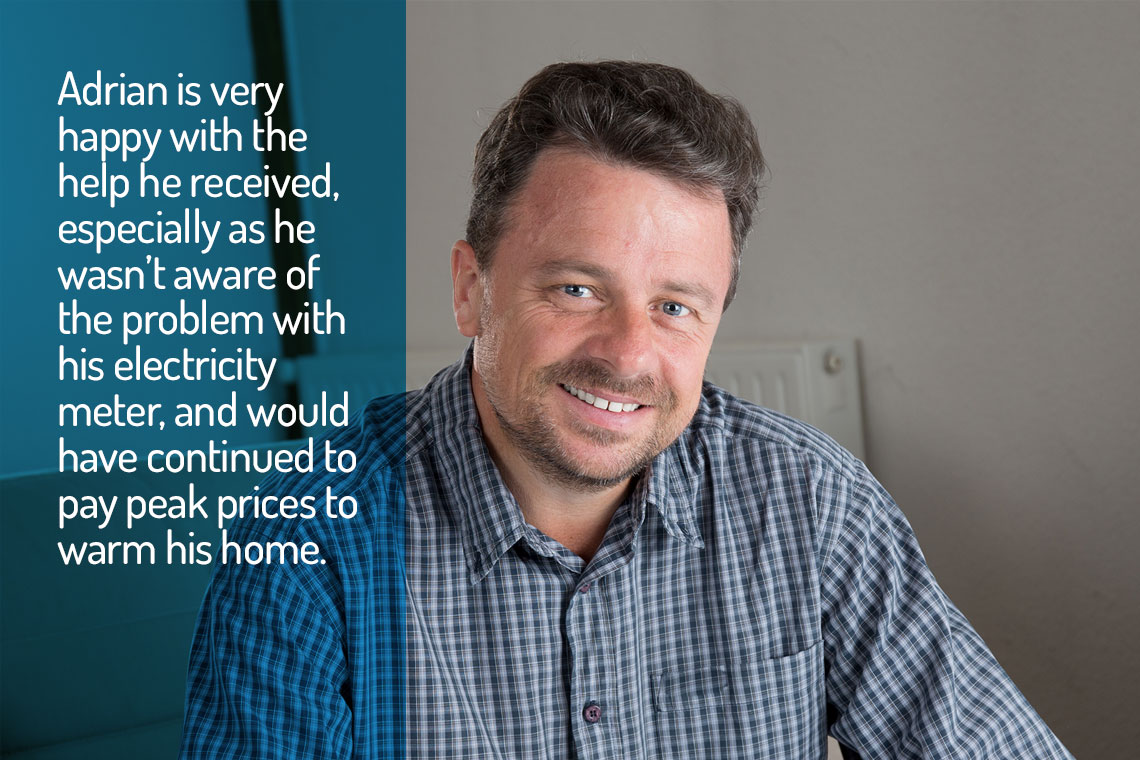 We met Adrian at a local community centre he attended to meet with the Citizens Advice service.

Adrian has multiple health conditions, having suffered a stroke, and being diagnosed with high blood pressure, multiple sclerosis and diabetes.

He wanted help with his energy bills, and was also interested in the draught proofing measures we offered. Adrian was paying £889 a year for gas and £326 a year for electricity.

On examining his bills, we noticed he had a two rate meter reading for his electricity, and was on an Economy 7 tariff (with an Economy 7 meter).

Adrian had a gas central heating system rather than electric storage heaters. He used his electricity during the day and early evening.

As a result, the Economy 7 meter was unsuitable, and Adrian was being charged a premium for his electricity usage.

We contacted his supplier and arranged for smart meters to be installed, Adrian switched to a fixed tariff, paying by direct debit, saving £303 a year.

Adrian is very happy with the help he received, especially as he wasn’t aware of the problem with his electricity meter, and would have continued to pay peak prices to warm his home.

He has also recommended us to several relations, to check their meters and tariffs, and help his family stay warm and comfortable. 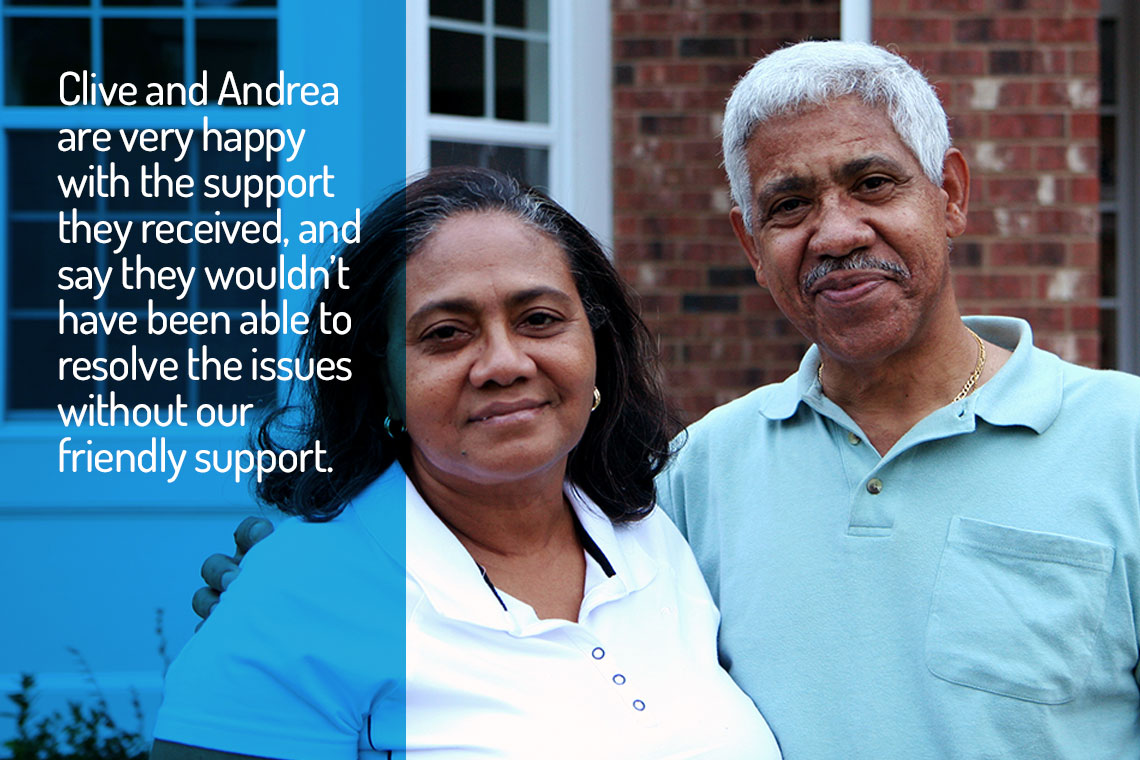 Clive came to our drop in day for advice on how to resolve problems with his energy supplier.

He had been signed up to the supplier, after they cold-called his home, offering significant savings on his energy contract.

The direct debit had started at £79 a month but had increased to £173 a month. The energy supplier also told Clive he owed £648 in arrears on his gas account.

Clive had been taking and submitting regular meter readings to keep bills accurate.

However he couldn’t access his account or energy bills, as he had been signed up to an online tariff, and his household didn’t have access to a computer.

We contacted the supplier to submit meter reads and get an update on the account.

The adviser said they couldn’t accept readings until they were validated, and they would have to arrange for a meter reader to attend the property.

We visited Clive shortly after the readings had been taken, only to be told that the gas reading would take a further 10 days to be validated. As this was the supply with the debt problem, we were still unable to resolve the issue.

We raised an official complaint on behalf of Clive and Andrea.

The complaint was investigated, and the debt on the gas account was wiped out completely; the direct debit was reduced by £70 a month, and Clive received a £75 goodwill gesture with a formal letter of apology.

The Complaints Officer also agreed to feedback concerns around the cold calling conduct, to the sales team.

Clive will switch suppliers, with help from our team, when his contract ends.

Clive and Andrea are very happy with the support they received, and say they wouldn’t have been able to resolve the issues without our friendly support.

PUTTING COMMUNITIES AND THE PLANET - FIRST 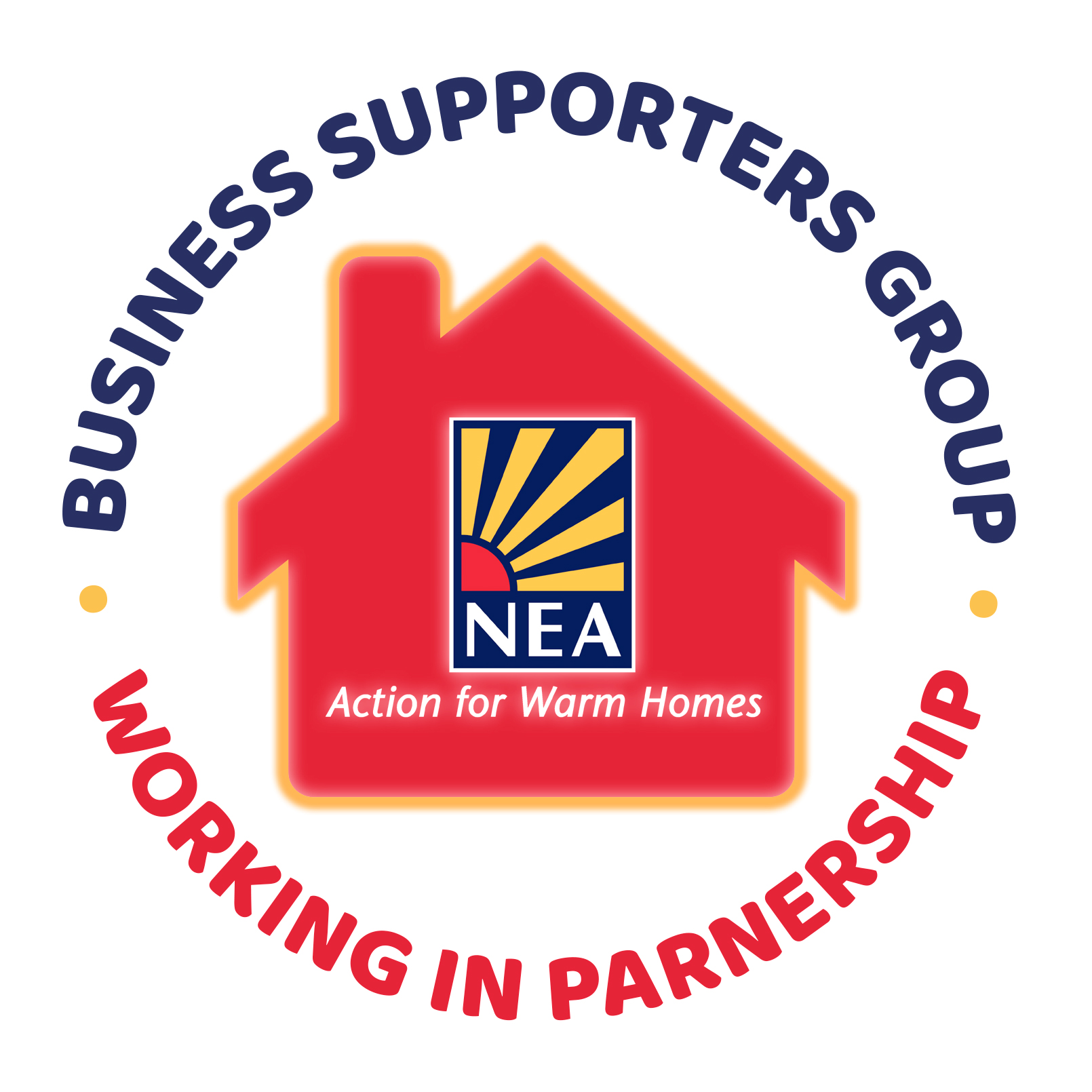